What are filiform warts, which are most often found in old age? Warts that can be found on the face and hands of our grandparents are not always unobtrusive elements. But if each person after having crossed the eighty-year-old line has this or that warty rash, especially thread-like warts, nowadays even this pathology began to rapidly grow in young people as well. These changes are associated with increased exposure to human exogenous and endogenous factors. Pollution of the world around us, constant stressful situations and other pathological agents cause premature aging of the organism, in particular – the skin, which leads to the growth of the so-called senile neoplasms.

In some periods of life a person is at greatest risk of the appearance of warts of different varieties, therefore, almost every person has had a filiform wart at least once. Filiform papillomas or acrochords are warty formations that can appear anywhere on the skin, but are more often localized in skin folds or in those places where the skin is thin skin. They have a viral nature, since the activation of the human papillomavirus leads to their appearance. Filiforms can grow after a person is infected with 3, 5, 8 and 9 types of HPV.

What Are the Clinical Manifestations of Filiform Warts?

Filiform warts can be easily distinguished from other types of skin formations by characteristic features:

Often, warts appear in groups but can grow one by one as well (as this usually happens with a child or a young man).

How to Know that You Have a Filiform Wart Not Another Wart Type?

Differential diagnosis in the case of filiform is not difficult: at the primary admission the dermatologist can determine the type of neoplasm based on a visual examination and procedure of dermatoscopy – increasing and studying the dermal formation under a microscope. Dermatoscopic examination makes it possible to examine in filamentous formations thrombosed vessels and angiopathy – direct signs of viral origin of the neoplasm. Sometimes, additional tests are needed to clarify some of the data: PCR diagnostics for establishing the fact of infection with human papillomavirus; biopsy of wart tissues; their histological study. All these measures are carried out to differentiate digitate warts from fibromas, moles, genital, flat, plantar and other varieties of papillomas.

Which Peculiarities Do Filiform Warts Have?

Formations of this kind are inherent in an elongated form. The name of this kind of warts was attributed to a characteristic appearance reminiscent of a torn thread, and sometimes a bundle of threads. Most threadlike warts have special properties. They can begin to grow at any age. But the priority is older age – over 60 years. Almost every elderly person is a bearer of acrochords. Most people attribute these warts to not diseases, but to skin defects of a cosmetological nature. Why should we treat them as pathologies and treat them on the most traditional clinical principles?

What is a similar pathology: 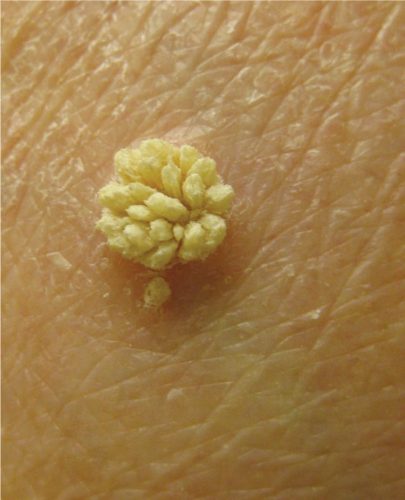 It should be remembered that warts of this type – filiform warts are not as as they may seem at first glance. In addition to the fact that they can quickly change their structure and become malignant, the digitate wart is one of the confirmations of one or another organic damage to the human body. This, in turn, is very important for diagnosing various diseases.

Why Do You Have Filiform Warts?

Threadlike warts can occur on the neck, face, and other parts of the human body are the result of HPV infection (papillomavirus). This is a very common disease, many of its types stand out. Filiform warts appear when certain types of virus penetrate the body through micro-trauma, which almost always is on the skin. Infection occurs by contact.

Sexual transmission of digitate warts is absent, infection occurs only when bodily contact with the carrier of the pathology or its things takes place.

The incubation period for this virus is large enough, activation occurs when the immune system is weakened, and this can occur under the influence of several factors. First, it is the presence of any chronic diseases. Secondly, these are stressful conditions. And, thirdly, it is hormonal dysfunction. That’s why threadlike warts often appear in women during pregnancy or during the onset of menopause. Sometimes, a large number of such neoplasms in women can indicate gynecological diseases, for example, polycystic ovaries.

How to Get Rid of Filiform Warts with the Methods of the Traditional Medicine?

Natural Ways to Prevent the Appearance of Filiform Warts:

Filiform warts are a skin disease that occurs in old age. And at people at this age, immunity decreases. Therefore, one of the important areas in the treatment of this type of papillomas is a set of measures that increase immunity. 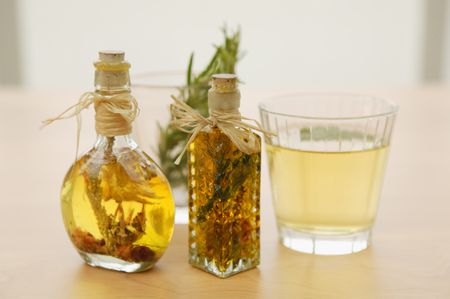 Removal of filiform papillomas is possible with the use of natural remedies.

Check the simple but effective recipes below:

Prevention of recurrence of the development of threadlike growths are drugs for improving immune functions, a healthy lifestyle, and a good physical shape, maintaining body hygiene. You should not forget about the preservation of positive life views and optimism in any situation!