Horny formations in the form of warts, which are formed on the skin of the elderly, are called senile warts or keratomas. Keratosis occurs most often after 50-60, although there are cases when senile warts appeared at an earlier age – about 40 and even 30. Being now dangerous for the health, they may become a great problem for a person, which  is why specialists are developing more and more new methods on how to remove warts effectively and safely. If you have faced the same problem, you are welcome to learn more about this kind of wart and discover what you personally can do to prevent their appearance.

Causes of Senile Warts: Why Do They Appear?

All other types of warts grow in humans because of the activity of the papilloma virus. But the case under consideration has no viral nature, that is, keratosis is not contagious. Unfortunately, doctors do not call the exact reason for its occurrence. Therefore, there is no 100% way to prevent disease. To reduce the number of new formations is helped by complex therapy and treatment with natural remedies. The only way to get rid of old ones is just remove them.

Previously, it was assumed that seniles warts appear under such conditions:

But none of these assumptions has found sufficient evidence. The results of the observations showed that the patients have only two common features: age over 40 and the presence of a predisposition that is transmitted genetically. 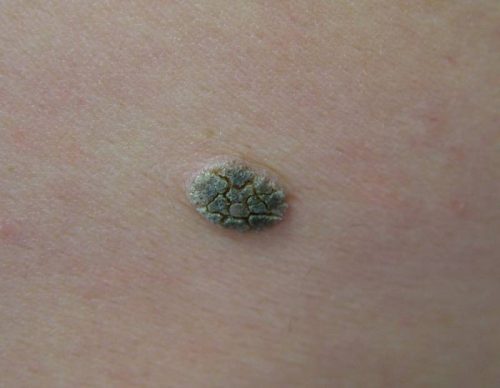 As a rule, keratomas do not cause pain and any other sensations.  Sometimes, there is itching. Individual cases are characterized by the presence of an inflammatory process. The process of developing the disease is long, it can take more than 10 years. But this tumor is benign and never goes into oncology. On the other hand, sometimes the appearance of keratomas is very much like a precancerous condition. Such cases require professional diagnosis. Sometimes, senile warts begin to grow actively. The disease goes to the stage of the cutaneous horn, when the growths really look like horns.

4 Stages of the Senile Warts Development

The development of senile warts proceeds in several stages, which could be identified in the course of monitoring patients:

How to Treat Senile Warts Effectively: Which Ways Exist?

Keratomas or senile warts rarely cause severe discomfort to a sick person. But the desire to get rid of them can arise from aesthetic considerations, for example, when the wart is located on the face. Treatment of senile warts can be difficult because standard methods of getting rid of such formations can have different contraindications.

And elderly patients may have concomitant diseases of other organs. There are some ways to stop the appearance of growths:

It consists in taking large doses of ascorbic acid. This variant of therapy is combined with the use of hormonal ointments, such as Advantan, Acriderm and Flucinar.

Natural homemade remedies have always been popular, especially among the elderly, besides it is always not expensive. 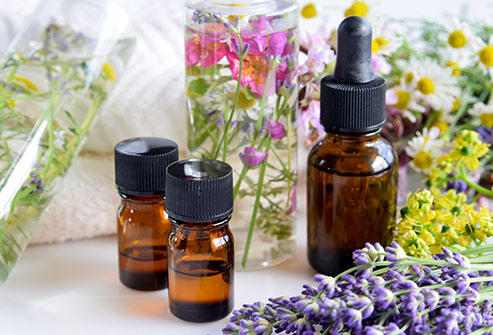 The surgical removal of senile warts is done only in a few cases:

For removal of senile warts, the following methods are used:

The treatment of age-related keratomas at home should be complex. Therefore, in addition to the removal of warts, it is necessary to carry out general strengthening measures. Hardening, therapeutic diet and gymnastics are used. A strong immune system is able to fight the virus and prevent the recurrence of senile warts.

When having senile warts, you should eat foods containing vitamins of group C, because they prevent the growth of radionuclides. If the body had seborrheic warts, then the diet should include fresh vegetables, for example, potatoes, radish, cabbage, tomatoes. Useful greenery is considered: dill, spinach and parsley. Don’t forget to strengthen the immune system with the help of medicinal decoctions and infusions. They not only strengthen the defenses of the body, but also increase the effectiveness of treatment. For this purpose, you can prepare a decoction at home.

Note: Some products with keratosis are considered harmful. They provoke the growth and multiplication of cells, which as a result leads to an increase in the number of free radicals. Such products include semi-finished products, canned food, marinades, smoked products, flavoring and coloring agents, as well as sweet carbonated drinks.